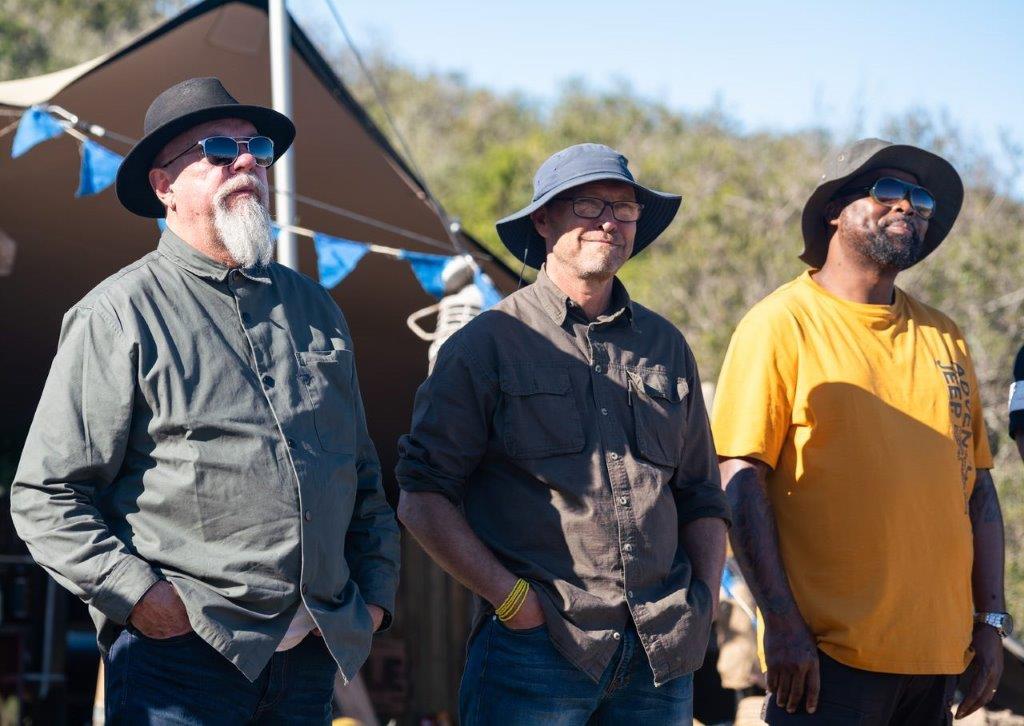 What comes to mind when mentioning a South African social custom or a way of cooking outdoors? You guessed right! The good old Sishanyama or Braai. Whatever your preference is: boerie, chops, chicken or even a vegetarian dish, every Saffa knows it’s going to be a great time around the fire when gathering with friends and family.

South Africans enjoy getting together with their Bra (brah) or bru for a “chop n dop” in fact it’s a traditional pastime in this country. So, all avid braaiers will be glad to hear that the Ultimate Braai Master is back for a seventh season in September.  Equally exciting is that host Justin Bonello and judges, Pete Goffe-Wood and Benny Masekwameng are all back, and ready to challenge a whole new group of contestants!

The incredibly successful Ultimate Braai Master, a South African born reality TV series, is being shot in the exquisite Nelson Mandela Bay area in August and September featuring contestants who have been selected from across South Africa.  Little do they know that the braai motto ‘rain, wind or shine – we braai’ is going to literally test their will to stay in the competition.

This season’s Ultimate Braai Master will be brought to you by Takealot in association with Castle Lager, coordinated by marketing integration specialists G2 Connection. 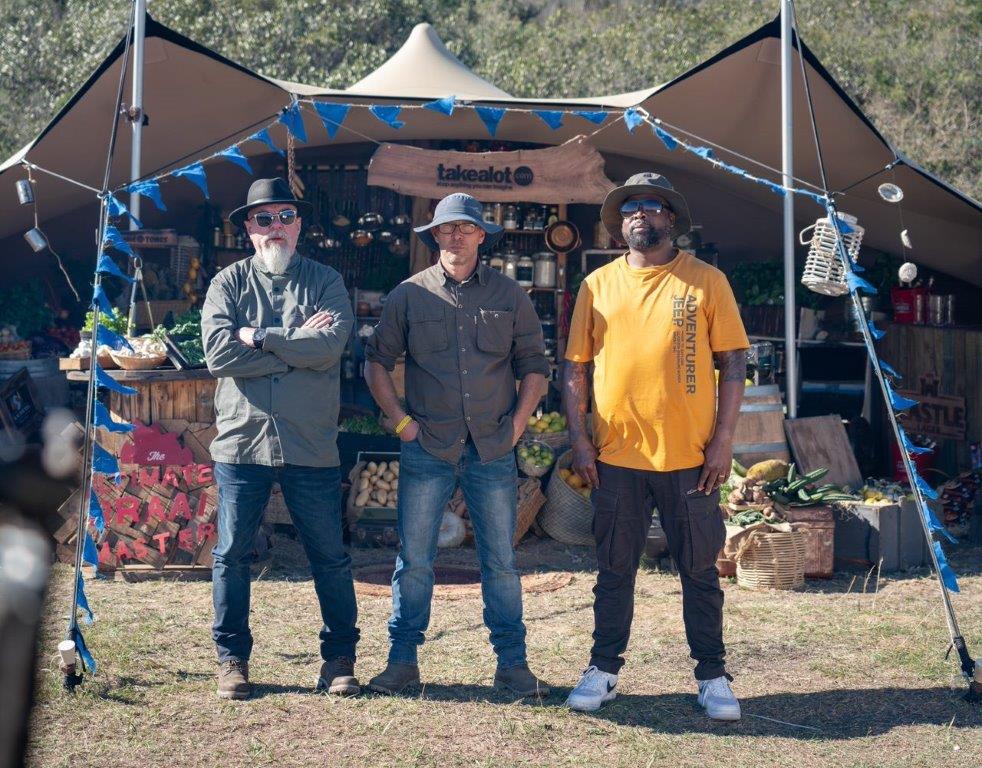 “The last 18 months have been a trying time for all South Africans, so I was delighted by the high standard of talent that applied to be a part of UBM - so much so that making the final teams’ decision was really tough,” commented Justin Bonello.  “We also spent time identifying great locations in the Nelson Mandela Bay area. We wanted locations that are going to test both the contestant’s resilience and cooking ability.  It will be a very exciting series.”

The return of Benny and Pete completes the trio.  “What I most enjoy about Ultimate Braai Master is how the show’s diversity unites everyone around one fire.  I really enjoy the innovation and creativity that this diverse group brings to the show.  The camaraderie that is built during the shoot endures long after the show has aired,” says Benny.

It is going to be great viewing from the get-go, and this year’s theme is “Under Fire” because contestants are going to find it very hot all the time.  South Africa, get ready for these famous words at the start of every episode … “Game On”!

Who will take ownership of the next Ultimate Braai Master title?  Be sure to catch e.tv every Saturday night from the 25th of September at 18h00 to find out.

For more information on the show, please contact Gail Hoffmann Parrish at gail@g2connection.co.za or visit the website https://ultimatebraaimaster.co.za/.

After a hugely successful first season on e.tv, Family Feud SA is back on our screens from this Sunday the 9th May for Season 2.

Family Feud South Africa initially launched on Sunday, 5th of April 2020 during the national South African COVID-19 lockdown and entertained the entire family every Sunday at 6 pm over 26-Episodes. The Family Feud format was an instant success and was the number one watched show in South Africa, with over 2.2 million viewers (age 15+) on average, every Sunday between 18h00 and 19h00.

The popular game show in which two families compete to name the most popular responses to win cash and prizes has been running since 1976, generating multiple adaptions in over 50 international markets. Family Feud South Africa, Season 1 was the first international version of the popular show hosted by Steve Harvey and Season 2 is promising greater things.

Steve Harvey, the award-winning entertainer and host of Family Feud South Africa, was instrumental in bringing Family Feud to South Africa. “While hosting the show, I learned so much about South Africa, the people, the different cultures, the language and some interesting cuisine choices. I am looking forward to coming back and getting to know more about the Mzansi, the Rainbow Nation. It’s been a humbling journey and one that undoubtedly will keep broadening my horizons,” said Mr Harvey.

Mr Harvey expressed his gratitude to KFC who will once again be the headline sponsor and Standard Bank who have come on board to the sponsor the Fast Money round of Family Feud SA. He also thanked the team who have worked on bringing Family Feud Season 2 back to South Africa, and all South Africans who warmly welcomed him and his family are looking forward to once again being back on African soil.

“I am so grateful to the contestants who have played a key role in my African journey. Being a foreigner, I am learning along the way, and I often get things wrong on the show. Fortunately, the contestants have been amazing teachers – correcting my pronunciation and educating me on all things South African! I do not doubt that I still have a lot more to learn about this wonderful country,” he said.

The questions in the game show are from answers received from a survey of 100 South Africans. The family scoring the most points walks off with the money and goes through to play Fast Money. The family that comes second gets R10 000 worth of KFC vouchers, and Standard Bank will proudly be sponsoring the Fast Money round.

Season 2 will once again be produced locally by Rapid Blue TV. The next 26-episode South African season will air every Sunday at 6 pm on e.tv from the 9th of May until the 31st October with a repeat on eExtra, once again bringing hilarious moments and fantastic entertainment to all South Africans.

In this first-to-TV production, 12 of the Coolest OG’s are competing for a R100 000 grand prize by going through a series of fun and really cool challenges to see if they are truly THEE COOLEST OG.

Contestants will go through different challenges in each episode to see who will ultimately win the title of Coolest OG at the end of the season. Each contestant has been sent a package containing a phone on which they will receive instructions for their weekly challenges.

The series allows viewers to see how elderly people from various cultural backgrounds compete against people of similar age.

Their lounges are transformed into mini studios so they can compete from the comfort and safety of their own homes, sometimes with the help of an influencer or their family members.

The OG’s have never met the other contestants and have no idea how each has performed in the various tasks ranging from cooking, modelling, song writing, music videos, gaming, art, acting and other really cool challenges.

The Coolest OG’s will be adjudicated by four young judges. Each week the judges watch and discuss how each contestant has performed before eliminating a contestant based on their performance and swag.

“Just because you’re older doesn’t mean that you’re not lit! The older generation can also be cool and have a lot to teach us. We can say the same for the younger generation when it comes to teaching the older folk a thing or two!” says Gail Hoffmann Parrish, co-founder of marketing integration company G2 Connection. “This show is a social experiment but it’s also terrific insight into the older and younger generations which will of course lead to spectacular and unforgettable TV moments.

We have loads of integration opportunities for brands in the telecommunication, fashion, food, automotive, music, lifestyle and entertainment categories,” she says.

The show airs from 6 June on SABC 2 on Sunday’s nights from 18h30 to 19h30 with repeats on Sunday afternoons.

“Brand options for sponsors include opportunities on all forms of content generation, digital and social media, radio, working with influencers and much more,” says Gail. “This is one of the most exciting shows to hit our screens.

Whatever your communication and media strategy is, there is a suitable fit within the show!”

If you would like to be a part of this extrodinary journey please contact Gail Hoffman Parrish at gail@g2connection.co.za