Moti Grauman, Digital Media Strategist at The MediaShop explores the Audible Logo as a crucial part of branding. 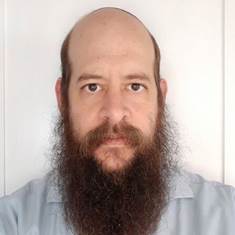 What is a brand?

As a marketer with more than 20 years' experience, I should probably know, but I am not sure that I do. We talk about things like brand building, brand love and affinity, salience, resonance and mental availability. We know what we mean, as do our clients, but that's not the same as really understanding the essence of a brand.

In his book Sapiens, Noah Yuval Harari argues that a brand is simply an agreed social construct that's lacking anything substantial. In fact, the elements of which any brand comprises are arbitrary. A brand is a not a logo, because logos change, it's not the building because companies move, it's not the management team, because employees move on, and it's not even the product, because brands diversify or change direction completely.

Inherently we know that a brand is more than that even if we can't put a finger on it. Apple is a brand because we all agree that Apple is a brand, we recognise the Apple Icon, but almost nothing about the company today existed within the Apple founded by Jobs and Wozniak in 1976.

Actually, what Harari is really getting at, is that a brand is the story it tells.

Its common knowledge that the average person is bombarded by about 7000 branded messages per day. Equally well known, is that we are not even aware of 99.9% of them, and of the 0.1% that we are aware of, we consciously absorb the message of, at best one or two.

In light of the above we must ask: does the constant branding exercise make a difference? We know it does on a subconscious level, but does that translate into a meaningful action at some point? Conversely, can a brand be damaged by the flotsam and jetsam of modern branding?

A few years ago, I heard something that fascinated me. It turns out it wasn't true, but the idea is intriguing.

By way of introduction - most of us remember our first mobile phone, especially if it was a Nokia. I was lucky enough to have the 6110. But in this context, it's not the model that's important, it's the default ring tone. No doubt you remember it: tulalala tulalala tulala la la – this obviously doesn't do it justice, but its playing in my head perfectly.

Hear it (and its evolution)!

It was based on a classical composition called Grand Vals by the Spanish Composer Francisco Tarrega, who is probably turning in his grave at the thought of what a really beautiful piece of music has ultimately become.

In 1994, Nokia selected this as their ring tone in an effort to create what was the world's first audible logo. By then many brands had an easily recognisable jingle or catch phrase, but what makes Nokia different is that they set out to create a unique sound that clearly identified the brand as unambiguously and as clearly as their visual Logo. This is already inaccurate as its demonstrably true that by this time many brands already had Audio Logos.

But as the story goes, the experiment worked and failed simultaneously. It worked in that everybody recognises the ring tone and knows it as Nokia, it failed (miserably some would say) in that it damaged the brand by creating an unsatisfactory association. It would seem that the ringing of a mobile phone is linked to stress, and therefore in the mind of the consumer Nokia was strongly associated with a stressful and often physiological response. Sweaty palms, a racing heart and a sinking sick feeling in the stomach is not the ideal response a brand wants to illicit.

The reason the story is plausible is that memories differ depending on the sense that created them. Seeing a logo every day may build up a brand association but hearing it will create an altogether different result. Together, a Visual brand and an Audio brand create a far stronger presence.

Ta da da ta da – I'm Loving it. You didn't read that, you heard it, and at the same time you probably visualised the Golden Arches.

Some brands, like McDonalds and Apple have had a "Sonic Logo" as far back as 2003 and 1984 respectively. Microsoft's sound Trademark goes back to 1995. Although it's entirely possible that it wasn't necessarily intended as a "logo"

Both Apple and Microsoft incorporated their audible logo into the consumer's user experience, further entrenching it in the mind.

So why, aren't more brands experimenting with Audible Logo's.

It turns out that lots of brands are (think about Intel, Netflix, the MGM Lion and 20th Century Fox…..) and like everything else in Media and Marketing, it's a science.

Veritonic has built tools and Market intelligence platforms specifically designed to help marketers with their Audio marketing – this includes everything from Sonic Logos to Podcast Marketing and their website includes an Audio Ad Search and Ranking system so Brands can see how their Audio matches up to competitors. It's pretty interesting stuff.

Lucas Murray of Made Music Studio says (Marketing Dive Anatomy of a Sonic Logo): "In fact, every successful sonic logo was created with intelligence, artfulness and purpose. Some companies know this and elegantly bring their brand to life through sound and music. Some companies do not, and either create an uninspired audio cue mismatched to their brand or never think to create a sonic identity at all. What is clear is that the gulf between these two types of brands is growing wider and wider as audio-first mediums, apps and experiences continue to rise in popularity. The simple fact is that if you want to reach into people's brains, hearts and pocketbooks in 2021, you must have a strong, well-designed audio presence."

That makes perfect sense. It aligns with breaking through the clutter, it matches Harari's definition of Brand, it's in sync with the need to reach consumers multiple times on various platforms.

No doubt the etymology of a brand as it refers to a product or company, is the actual Hot Iron Brand intended to burn a mark into something. Today the objective is to burn that something into the mind and consciousness of the consumer.

That's not an easy job to do, and I agree with Murray, marketers need to exploit every available tool to ensure that of the 7,000 daily messages users are exposed to everyday, their brands get through. That means: Omni-channel, multi-sensory and ubiquitous.

Audio Logos are another instrument in the marketing symphony.